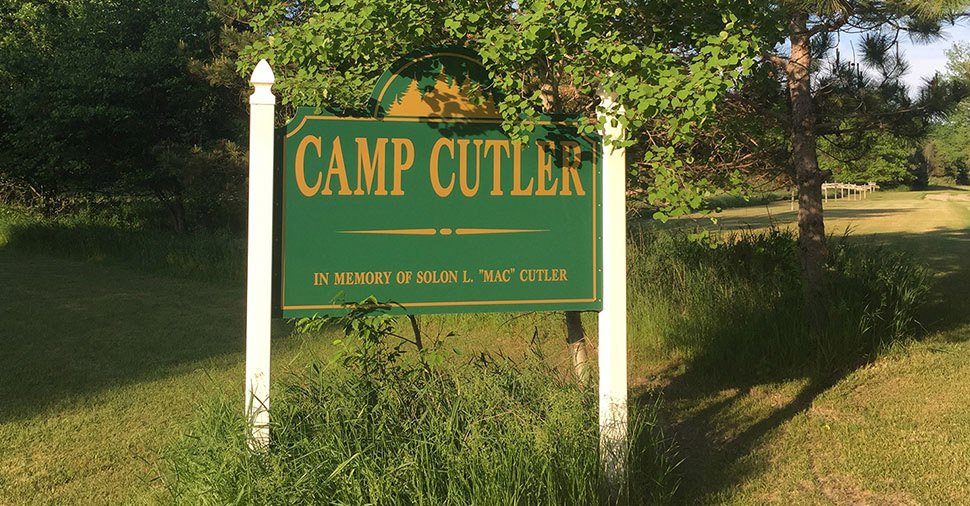 Camp Cutler consists of one hundred sixty acres of semi-wilderness land. The camp is made up of woods, fields, stream, wetlands, and two small lakes.

The origin of Camp Cutler began in June 1960 when Solon L. Cutler and Lucille Cutler donated 120 acres of land to the St. Louis Boys Club in memory of their son Ted. Their purpose was to see a camp developed for the youth of the area.

The camp was expanded in 1975 when Mrs. Gertrude Leppien gave an adjoining 40 acres of land. This gift was in memory of her husband Fred. The two small lakes are located on this property.

The camp is presently operated as a non-profit corporation and governed by the Camp Cutler Board of Directors.

Information about the plants and animals described at each station was provided by Dennis Worst, revised and expanded by members of the Camp Cutler Board of Directors and friends of Camp Cutler, and updated in 1000 by Dr. Richard Roeper and Alma College students.

Who can use the camp?

Camp Cutler is available free of charge to community persons and groups for day visits or overnight primitive camping. Make a reservation today.

Camp Cutler now has a major flagpole for use by troops. Horseshoes are available by checking them out with the caretaker.

Students can be immersed into the environment to experience the concepts of Science, Math, Language Arts, Social Studies and Art.  You can plan activities for any season to meet your objectives.

If you are interested in Camp Cutler’s availability for your group activity, please fill out our Request Form. If you have a question or comment, please call us or fill in this short form and we will get back with you.